A community centre in Liverpool’s Vauxhall area has been transformed from a run-down facility into a bright, modern space for local schoolchildren and residents, with the help of HMS’ multi-skilled teams.

Serving a community in which over 50% of children live in poverty and 20% live on the ‘bread line’, Epsom Street engages with local children and families through free play sessions, meals and adult training and exercise classes.

When Nugent Care took on the centre in 2015, following a transfer from Liverpool City Council, it was in urgent need of refurbishment and modernisation. That’s when HMS and other scheme supporters stepped in.

A major refurbishment and redesign was needed to address historic neglect and reconfigure internal spaces to create a flexible facility to meet a range of different needs.

Once the site had been cleared, HMS teams began to strip out fixtures, fittings and redundant services. Works then included:

Construction and repair works were undertaken over a six-week period in early 2017. Concealed issues within the neglected building threw up some unexpected challenges in the early weeks of the build, so HMS worked closely with the Nugent Care team on project variations, and developed cost- and time-effective ways to overcome these issues.

The refurbishment project was completed on schedule and inside the competitive budget.

The quality of HMS’ work was recognised at a special reopening event, which took place at Epsom Street on Wednesday 26th April.

Apprentice Anthony Burns - once a regular visitor to the community centre - took centre stage on the day, alongside Deputy Lord Mayor Malcolm Kennedy and other project partners. Anthony was proud to cut the ribbon and officially reopen the transformed facility, which is now in a condition to serve the Vauxhall community for many years to come. 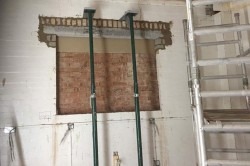 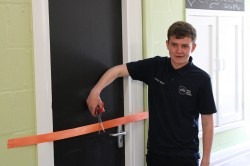 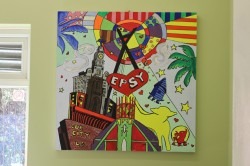 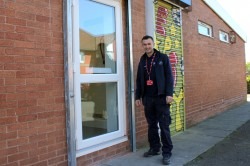 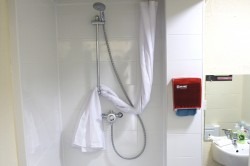